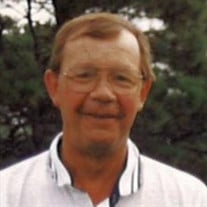 Bill Maass, age 74, of Montevideo, Minnesota passed away Sunday, May 3, 2020 at CCM Health. Memorial services will be held at a later date. William Edward Maass was born August 8, 1945, in Litchfield, Minnesota to Dr. Frederick and Mary Alice (Pemberton) Maass. William was baptized and confirmed in his faith at the Trinity Episcopal Church in Litchfield. Bill received his education in Litchfield and graduated with the Class of 1963. He attended the University of Minnesota until he was drafted into the United States Army on February 15, 1967 and served his country overseas in the Vietnam War. He received a Bronze Star among many other distinguished medals before his honorable discharge on February 14, 1969. Bill returned to Minnesota and began working as an insurance adjuster for the GAB Company. He went to Kansas for an assignment and it was there that he met his future wife, Karyn Kenny. The couple was married in Liberal, Kansas on September 25, 1971. They made their home first in Virginia, Minnesota before moving to La Crosse, Wisconsin. They were blessed with two children, Stephanie and Greg. In 1976, the family moved to Montevideo and have called it home ever since. Bill spent the majority of his career with GAB and later worked for the Montevideo School district as a custodian. He also made deliveries first for the Coborn’s Pharmacy and then for NAPA and the Auto Parts stores. Bill was a faithful member at Our Savior’s Lutheran Church in Montevideo and served on many church boards through the years. He was a member of the American Legion Post #59 and the VFW Post #380 where he was commander for both organizations. Bill was on various leagues, bowling and golfing. He was a past president at the Montevideo Country Club. Bill loved his family and was proud of his children and granddaughters. He supported each in their interests and greatly encouraged them. Bill was an avid Minnesota sports fan and loved to keep up with the ever changing weather. He never met a stranger and if it was your first time getting acquainted, he genuinely was interested in getting to know you. Bill enjoyed bowling, golfing and playing cards, especially Buck with his friends. He will be dearly missed by all. Bill is survived by his wife, Karyn Maass of Montevideo; daughter, Stephanie (Paul) Evenson of Robbinsdale; son, Greg (Amanda) Maass of St. Paul; granddaughters, Britta Evenson, Sophie Evenson; nieces, Beth (Keith) Helsper of Sioux Falls, SD, Barb (Mike) Ruigh of Wahoo, NE; as well as other relatives and friends. Bill was preceded in death by his parents, Dr. Frederick and Mary Alice Maass; sister, Gretchen Amdahl; brother-in-law, Don Kenny.

The family of William "Bill" Maass created this Life Tributes page to make it easy to share your memories.

Send flowers to the Maass family.