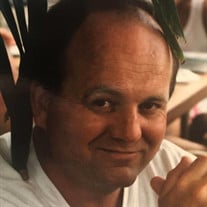 Waldemar Neil Anderson, age 69, passed away the evening of May 30th, 2021, at his home in Kirkland, WA after a hard-fought five-year battle with Cancer. Neil's daughter and son in law were by his side as he left this world and crossed over into the loving arms of his parents in Heaven. Memorial services will be held on Saturday, July 17th at 2 pm at Bergen Lutheran Church. Visitation will be held one hour prior to services at the church on Saturday. Born on March 5, 1952, in Clarkfield, MN to Helen Louise (Kirkeby) Anderson and Waldemar Henry Anderson, Neil spent his childhood alongside his four sisters helping his parents run their dairy farm while attending grades K-12 in Clarkfield. He was a graduate of the 1970 class of Clarkfield High School and a member of the varsity football and wrestling teams during his time there. He went on to study at Luther College in Decorah, IA and graduated with a BA in Accounting and Business Management from Southwest Minnesota State University in Marshall, MN in 1974. Over the next 47 years Neil led a happy and full life with a sparkle in his eye and an appreciation for learning, hard work, meeting new people, exploration, and storytelling. He married his first wife, Glee (Buckingham) Anderson of Benson, MN in 1974, and in 1980 they had a daughter, Kerry. In 1984 the three made the long drive from Clarkfield to Anchorage, Alaska where they enjoyed a beautiful life of opportunity and adventure together. It was during this time that Neil's career would take off. From 1984-2011 Neil worked as an Accountant, Manager, CPA, CFO, CEO, and Principal for companies in Russia, Anchorage, and Seattle, including Touche Ross, Chugach Alaska Corporation, Global Ventures, Ahtna, Inc, and Caspian VECO Ltd (a subsidiary of CH2M Hill). One of the most challenging moments of his career was during his time with Chugach from 1986-1991, first as Controller, then CFO and Interim CEO. The Native communities within the Chugach region were devastated by the Exxon Valdez Oil Spill of 1989 and Neil helped successfully guide Chugach through a Chapter 11 reorganization after its operating subsidiaries lost $27 million in 1990 because of that spill. His role also included management of the Exxon Valdez litigation for Chugach. Neil's career combined his love of hard work, meeting new people, and exploration by taking him from his accounting practice in Western Minnesota, to the Native Villages of Alaska, to the Russian Far East as it emerged from the Cold War, to the boardrooms of Downtown Seattle, and then finally back to Russia where he would round out his career before retiring to the warm beaches of Vietnam among friends and his loving wife, Can. COVID19 lockdowns and Cancer treatments would bring Neil back to the USA in March of 2020. In his lifetime, Neil was a collector of stories and friendship and art, he had his pilot's license, and was a world traveler who spoke English and Russian fluently and was conversational in Vietnamese. He loved his family and friends and he loved life. Neil is preceded in death by his parents Helen Louise (Kirkeby) Anderson and Waldemar Henry Anderson, and his baby brother Dean Anderson of Clarkfield, MN. He is survived by his daughter Kerry (Benjamin) Niles of Issaquah, WA; his sisters Ingrid (Douglas) Trandahl of Cambridge, MN, Donna (Richard) Christopherson of Clarkfield, MN, Elizabeth Anderson of Rosemount, MN, and Becky (Tom) Listul of Clarkfield, MN; and his wife Can Pham Ti of Vung Tau, Vietnam. Neil will be buried alongside his parents and baby brother, Dean, at the Clarkfield Cemetery in Clarkfield, MN in July 2021 and services will be held at that time. Be happy. Love Life. Words he repeated often to his daughter and words he lived by. His family and friends will miss Neil's smile, his stories, and the bottomless amount of positivity he poured into this world until the very end.

Waldemar Neil Anderson, age 69, passed away the evening of May 30th, 2021, at his home in Kirkland, WA after a hard-fought five-year battle with Cancer. Neil's daughter and son in law were by his side as he left this world and crossed over into... View Obituary & Service Information

The family of Waldemar Neil Anderson created this Life Tributes page to make it easy to share your memories.

Waldemar Neil Anderson, age 69, passed away the evening of May...