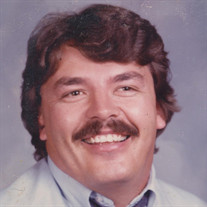 Steve Johnson of Glendale, Arizona and formerly of Montevideo, Minnesota passed away at his home on Thursday June 13,2019. Funeral Services will be held Friday, June 21, 2019 at 11:00 AM at Salem Lutheran Church in Montevideo with burial in Terrace Lawn Memory Garden. Visitation will take place Thursday, June 20, 2019, from 5:00 – 7:00 PM at Wing-Bain Funeral Home. Visitation will continue Friday one hour prior to the service at the church. Steven Lee Johnson was born on January 31, 1953, in Montevideo, Minnesota, the son of Robert and Carol (Haugen) Johnson. He was baptized and confirmed at Salem Lutheran Church and graduated from Milan High School in 1971. Steve furthered his education by attended the University of Minnesota in Moorhead, Minnesota receiving a master’s degree in teaching. After graduating from college Steve began teaching first in Wheaton and then in Redwood Falls. In 1988 he moved to Yuma, Arizona and a few years later moved to teach at Maryville High School. Steve spent his career teaching business education to high schoolers and he really enjoyed directing the DECA Programs for his students. He also coached track at Marysville High School. Steve always stayed connected with his high school friends and many of them were his extended family. He loved his German Shepherd dogs and old western movies. Steve passed away on Thursday, June 13, 2019 at his home in Glendale, Arizona. Blessed be his memory. Steve is survived by his mother, Carol Johnson of Montevideo; sister, Colleen (Duane) Folkestad of Montevideo; brothers, Jay (Lori) Johnson of Montevideo, Marc (Rhonda) Johnson of Findley, OH; Nieces, Shelly (Anthony) Milander of Moorhead, Sara Folkestad of Fargo, ND, Teresa Folkestad of Fargo, ND, Ashlie (James) Clobes of Gibbon, Greta (Ross) Swenson of Clara City, Miranda Johnson of Defiance, Ohio; nephew, Nathan Johnson of Findley, OH; as well as other relatives and friends. Steve is preceded in death by his father, Robert Johnson and his brother, Greg Johnson.

Steve Johnson of Glendale, Arizona and formerly of Montevideo, Minnesota passed away at his home on Thursday June 13,2019. Funeral Services will be held Friday, June 21, 2019 at 11:00 AM at Salem Lutheran Church in Montevideo with burial in... View Obituary & Service Information

The family of Steve Johnson created this Life Tributes page to make it easy to share your memories.

Steve Johnson of Glendale, Arizona and formerly of Montevideo,...