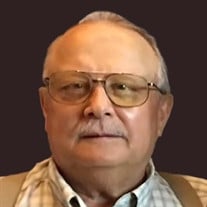 Ronald Alvin Odegard was born September 7th, 1951 in Granite Falls Minnesota to Millard and Mildred (Johnson) Odegard. He attended Granite Falls High School and graduated in 1970. After high school he traveled the country doing different skilled labor jobs, including helping build the Crystal Cathedral in Orange County California. After returning to Granite Falls Ron married Deb Labatte and had one son. They later divorced and Ron married Sharon Howell on December 22, 1984 and together they had two children. Ron was a hard worker who always provided for his family. His strong work ethic started at a young age working on the family farm. He drove truck for 15 years, having two “million-mile safe driver” awards and proudly kept his CDL until his death. Ron spent another 15 years as a machinist before spending the last 12 years as a Building Engineer for Prairie’s Edge Casino. His years of experience gave him a wealth of knowledge that he shared with his family, friends and co-workers. Like his father Ron had a passion for antiques, classic cars & trucks, and collecting guns. He also enjoyed traveling to threshing shows, auctions and gun shows. Ron was a kind and compassionate man, always willing to give a helping hand. He was a gracious host, always having coffee and food to offer, as his mother taught him. Even in his last days he left a memorable impression on his caregivers. Always shaking hands and making the effort to learn all their names. He also had a great sense of humor and an adventurous streak that sometimes lead to mischief but left many memorable stories. Ron, age 66, passed away December 11th, 2017 at the Clara City Care Center after two years of battling cancer. He is proceeded in death by his parents, sister Virginia Raebel (and her husband Harvey) and sister Kathleen Oakland, paternal and maternal aunts & uncles, father & mother in-law Donald and Irene Howell, brother in law Don Howell Jr, nephew Charles Howell and his beloved dogs Bowser and Nickels. He is survived by his loving wife Sharon, his sons Lance and Wade Odegard, daughter Samantha (Carla) Odegard, grandchildren Landon and Sofia, all of Granite Falls; sister Margaret (Donald) Korstad of Sacred Heart, brother Kenny Odegard of Benson, aunt Mae Johnson of Clarkfield, brother-in-law Herb Howell, Sr. and many cousins, nieces, nephews and extended family.

The family of Ronald Odegard created this Life Tributes page to make it easy to share your memories.

Send flowers to the Odegard family.