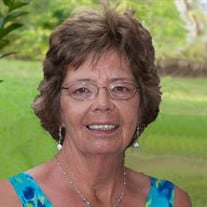 Lynne Austin, 72 of Ashby, passed away on Saturday, August 17th at the Barrett Care Center. Memorial services will be held on Friday, September 6th at 11 am at Lee-Mar Ranch in Granite Falls. Visitation will be held on Thursday from 5 to 7pm at the Wing-Bain Funeral Home in Granite Falls and will continue one hour prior to the service on Friday. Lynne Margaret (Mooney) Austin was the third and youngest daughter born to Lee and Martha (Peterson) Mooney in Granite Falls, MN on December 11, 1946. She was baptized and confirmed at Granite Falls Lutheran Church. Lynne graduated from Granite Falls High School in 1964. Her youth and high school days were consumed with countless hours spent at the Lee Mar Ranch where she was the self-proclaimed “barn boss.” Lynne competed in high school rodeo starting in junior high. She was named All Around Cowgirl three times and competed in the National High School Rodeo Finals several years. Lynne was a champion cow cutter competing all over the Midwest from a very young age into her late twenties and has dozens of trophies to show for her successes At age 13 she placed 4th out of 37 at the 1959 MN State Fair and was the youngest and only Minnesota rider to make the finals. On January 28, 1967 Lynne was united in marriage to Bobby Austin. To this union one daughter and three sons were born. Lynne enjoyed nearly 60 years visiting Pomme de Terre Lake in Grant County Minnesota beginning as a teenager with her parents and eventually called the lake her permanent residence when she purchased her home not far from the family cabin in 2014. Prior to that, she cherished spending most summer weekends at the cabin with family, eventually and especially with her five grandchildren. Lynne attended college at the University of Nebraska Lincoln and worked a few different jobs throughout her life including manager at Riverview Apartments. Her most enjoyable and rewarding work was as a special education paraprofessional at Bert Raney Elementary, which she retired from in 2012. Beach vacations were a favorite for Lynne and anything that would get her out of the bitter Minnesota winters. The entire family took a cruise to the Bahamas for her 50th birthday. She had the opportunity for other Caribbean vacations for her son Matt’s wedding and a tag along business trip with her daughter Kelly. More recently, she attended her great nieces’ weddings in Mexico on two different occasions. Her home was always open for company and everyone was always welcome. She loved when any of her kids’ friends came to hang out at their house in Granite Falls no matter for the day or to spend the night, and it didn’t matter how many. They all loved Lynne. Lynne passed away at the Barrett Care Center in Barrett, MN on August 17 after a brief residence there. She appreciated the care she received from the staff in Barrett and at Prairie Ridge Hospital and Clinic in Elbow Lake, MN. She will be remembered for her kindness, love of family, and fun loving nature. Lynne is survived by her children: Kelly of Ashby, MN, Cameron (Christy) of Otsego, MN, Jordan of Austin, TX, Matthew (Trisha) of Granite Falls; her grandchildren Clare and Anna Austin, Lucy Austin and Henry and Alex Austin. She is also survived by her aunt Donna Pederson of Rogers, MN, sister Barbara (Merald) Buchholz, niece Carrie (Kevin) Knudson both from Granite Falls, nieces Susan (Steve) Vilhauer of Aberdeen, SD, Jody (Doug) Peckham of Farmington, MN, former son in law Mike Butkus of Ashby, MN, nephew Jeffrey Vance of Willmar, MN, several great and great-great nieces and nephews and many dear friends. She was preceded in death by her parents, Lee (Bud) and Martha, sister Laurie and brother-in-law Wayne Monson, and niece Jennifer Vance. Blessed be her memory. In lieu of flowers the family asks that memorials be directed to the Lee Mar Ranch Equine Center Therapeutic Riding Program, Hospice or Granite Falls Lutheran Church.

Lynne Austin, 72 of Ashby, passed away on Saturday, August 17th at the Barrett Care Center. Memorial services will be held on Friday, September 6th at 11 am at Lee-Mar Ranch in Granite Falls. Visitation will be held on Thursday from 5 to 7pm... View Obituary & Service Information

The family of Lynne Austin created this Life Tributes page to make it easy to share your memories.

Send flowers to the Austin family.