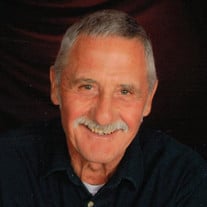 Kenneth LeRoy Haas was born on April 25, 1947, in Montevideo, Minnesota. He was the son of Clarence and Grace (DeGrote) Haas. Kenneth was baptized and confirmed at St. Clara Catholic Church in Clara City. He attended parochial school at St. Clara and then attended high school and graduated with the Class of 1965 from Clara City. Kenneth entered the United States Army in 1966. He was first stationed in Germany and later went to Vietnam. He honorably served our country until his discharge in December of 1968. On January 30, 1971, Kenneth married Bonni Hanson at St. Mary’s Catholic Church in Willmar. They made their home on the family farm. Ken loved the land he farmed and raised hogs alongside his wife. He attended night school at the Granite Falls Technical College for agriculture. Kenneth was a member of the Clara City American Legion and a member of St. Clara Catholic Church. Kenneth enjoyed gardening and going for rides. He loved to collect 2 cylinder tractors and would fix them. In Ken’s eyes there should only be green tractors. He could find a deal where there wasn’t one, knowing how to negotiate with the best. He had the best “one-liners” and loved having conversations with those that crossed his path. Kenneth is survived by his loving wife, Bonni Haas of Clara City; son, Joel (Christina) Haas of Litchfield; daughter, Deb (Kevin) Anderson of Sunburg; grandchildren, Brad Anderson, Lauren Anderson, Aurora Haas, Elizabeth Haas, Joshua Haas; siblings, Mary (Daryl) Haugen of Willmar, Kathy (Byron) Brouwer of Prinsburg, Jim Haas of Madison, Chris (Ron) Miller of Plymouth; brothers and sisters-in-law, Lee (Connie) Hanson of Glencoe, Nadine (Jerry) Landin of Svea, Duane Hanson of Bird Island, Selma Hanson of Savage, Neva (Lenny) Simning of Springfield; as well as nieces, nephews, other relatives and friends.. Kenneth is preceded in death by parents, Clarence and Grace Haas; infant sons, Michael and Jeffrey; infant grandson, Logan Haas; brother, Tom Haas; father and mother-in-law, Norman and Fay Hanson; nephews, Eli Haas, Erik Simning.

Kenneth LeRoy Haas was born on April 25, 1947, in Montevideo, Minnesota. He was the son of Clarence and Grace (DeGrote) Haas. Kenneth was baptized and confirmed at St. Clara Catholic Church in Clara City. He attended parochial school at St.... View Obituary & Service Information

The family of Kenneth Haas created this Life Tributes page to make it easy to share your memories.

Send flowers to the Haas family.