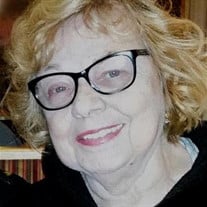 Juanita was born March 21, 1943 in Canby Minnesota to Alfred & Mildred Jants. She was the 3rd of 4 daughters. Her youngest sister passed away just after birth making Juanita the youngest of the three sisters to be raised in the house. Juanita... View Obituary & Service Information

The family of Juanita Tongen created this Life Tributes page to make it easy to share your memories.

Send flowers to the Tongen family.