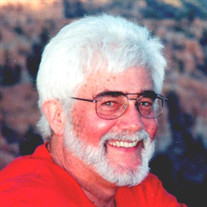 John Philip Sellner, age 67, died peacefully at the University of Minnesota hospital on January 11, 2018. Visitation will be Monday, January 15 at St. Joseph Church in Montevideo, with his funeral on Tuesday, January 16th and burial in the St. Joseph Cemetery. John was born in Minneapolis to Wendelyn and Marie (Starkey) Sellner. Baptised and confirmed Catholic, John grew up in the metropolitan area. He graduated from Benilde High School, earned a B.A. in philosophy from St. John’s University, and a law degree from the University of Minnesota. He married Mary Brusseau in 1971, and moved to Montevideo in 1976 to join the Prindle & Maland law firm. He loved practicing law, and worked at least part time until his final illness. John’s brother donated a kidney to him in 1971 and, despite the many health challenges that ensued, John focused on all the joys of a healthier life. He loved gardening, and could grow anything. He loved pheasant hunting and tromping through the brush with one of his dogs. He also practiced what he called “flush and release”: if the dog flushed the bird, and if John could get the bird in his sights and say “bang”, John got a point and the bird got to fly away. In his healthier years, John liked to sail, and to travel. He liked stained glass, classical music, watching sunsets, making wine, and drinking wine. He especially enjoyed rearranging the dishes in the dishwasher. Quiet and introverted, John lived the values he held most dear. He was unreservedly generous and unfailingly kind. He believed in service to individuals and the community, and was on the school board for 22 years. He loved playing poker and believed everyone should learn it - not so much for the fun of the game as for what it taught one about oneself. John welcomed everyone into his home and to his table, and lived his life with quiet dignity and great faith. John is preceded in death by his son, Andrew, and his parents. He is survived by his wife Mary, son Brennan (Maria) Sellner, brother Tim (Carrie) Sellner, nieces & nephews, brothers- and sisters-in-law, and many friends.

John Philip Sellner, age 67, died peacefully at the University of Minnesota hospital on January 11, 2018. Visitation will be Monday, January 15 at St. Joseph Church in Montevideo, with his funeral on Tuesday, January 16th and burial in the... View Obituary & Service Information

The family of John Sellner created this Life Tributes page to make it easy to share your memories.

Send flowers to the Sellner family.