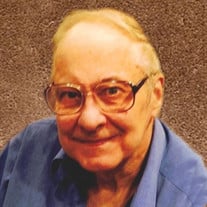 Dr. John Joseph O’Dea, age 67, formerly of Austin, Minnesota, passed away on November 28, 2018, at Luther Haven in Montevideo, Minnesota. John was born on July 1, 1951, to William and Violet (Sperry) O’Dea in St. Cloud, Minnesota. He grew up in Maple Lake, New Prague, and Austin, Minnesota. John graduated from Austin High School in 1969. John was born with a natural sense of curiosity about the world, which he channeled into a lifelong pursuit of scholarship and scientific discovery. He earned his bachelor’s degree at Lawrence University, a master’s degree at Wesleyan University and was awarded his Doctorate of Philosophy in chemistry from Colorado State University. John worked as a research chemist, specializing in electrochemistry. While studying for his doctorate, he was instrumental in developing research applications using a process known as Square Wave electroanalysis. Much of his work was done in collaboration with his life-long friend and mentor, Dr. Robert Osteryoung. John continued his work with Dr. Osteryoung for decades to come in research labs at Colorado State University, the State University of New York at Buffalo, and North Carolina State University in Raleigh. In addition to his work in the chemistry lab, John also developed a software program to teach advanced trigonometry. His research has been cited in over 1,300 scholarly journal articles. Following a diagnosis of Parkinson’s disease John retired in 2006, but he continued to carry his passion for learning and discovery into his pastimes and travel. He enjoyed debating with friends and family, studying geology, reading nonfiction books and science journals, and traveling to historical sites and museums. An amateur astronomer, he owned multiple telescopes and spent many hours exploring the galaxy. John is survived by his brothers, Michael O’Dea of Spokane, WA Thomas O’Dea of St. Paul; sister, Alice (Dan) Mohn of Montevideo; niece, Catherine Mohn (Anni Bowers) of Minneapolis; nephew, Alec Mohn of St. Paul. John is preceded in death by his parents, William and Violet O’Dea. Memorials to Chippewa County Food Shelf, PO Box 159 Montevideo, MN 56265

The family of Dr. John O'Dea created this Life Tributes page to make it easy to share your memories.

Send flowers to the O'Dea family.