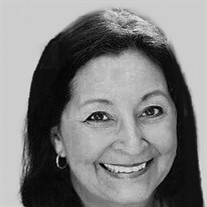 Jennifer Jo (Monson) Vance was born on February 21, 1961, in Granite Falls, MN, the daughter of Wayne and Laurie (Mooney) Monson. She was baptized and confirmed in the Christian faith and graduated from Granite Falls High School in 1979 and then attended Granite Falls Technical College. On May 17, 1986, Jennifer was united in marriage to Jeffrey G. Vance. Jenny was a devoted mother, wife, sister, aunt and a true friend to so many who had the pleasure of knowing her- “she’s a sight to see, a treasure for the poor to find”. Jenny had a laugh and smile that could fill a room and a personality that could bring you to the moon and back again without your feet ever having left the ground. She had a true gift of lighting up a room among strangers or friends alike, befriending anyone she met- a real people person. She always said the only thing that matters at the end of the day is how you make people feel and she left her life making everyone she passed feel warmer and more loved than they ever did before. Jenny had the biggest heart and would cross oceans for the people she loved. If you asked anyone, they’d tell you she was the strongest person they’d ever met. She had a type of resilience that you come across few times throughout one’s life. She had nearly a nine year battle with cancer, when her diagnosis gave her only a few years. She astounded her family and doctors alike with her incredible strength. Jenny’s people skills carried over into her professional career as a member of the leadership team at Bent Tree Family Physicians in Dallas, TX, where she managed and mentored a large staff with proficiency and ease. After a fulfilled career in Dallas, Jenny felt her greatest priority was raising her children. Nothing gave her more pride than mentoring and molding her two children and watching them mature into strong young adults. She’ll continue to watch over them with adoration- She will always be with you. Jenny also enjoyed cooking, reading, gardening and filling spaces with beauty and her flair for interior decorating and, of course, chatting up the people she loved most. At 57 years of age, Jenny passed peacefully after an eight year battle with cancer. She will be missed by many and the world will be a far emptier place without her in it. God’s grace, Jen. Jenny is survived by her husband Jeffrey and children Erin E. and Sean L. Vance, all of Willmar; her sister Carrie M. (& Kevin) Knudson of Granite Falls; several nieces, nephews, extended family and many, many friends. She was preceded in death by her parents Wayne & Laurie Monson; her maternal grandparents Lee and Martha Mooney and her paternal grandparents Lyle and Avis Monson.

Jennifer Jo (Monson) Vance was born on February 21, 1961, in Granite Falls, MN, the daughter of Wayne and Laurie (Mooney) Monson. She was baptized and confirmed in the Christian faith and graduated from Granite Falls High School in 1979 and... View Obituary & Service Information

The family of Jennifer Jo Vance created this Life Tributes page to make it easy to share your memories.

Send flowers to the Vance family.