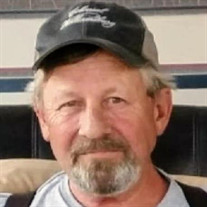 James Plocher, 67, of Granite Falls, passed away Wednesday February 10th at the Mountain Vista Medical Center in Mesa, Arizona. Memorial services will be held on Friday, April 9th at 2 pm at the Granite Falls Lutheran Church. Visitation will be held one hour prior to services on Friday. Jim was born on February 28, 1953, in Olivia, Minnesota, the son of Donald J. and Vivian I. (Johnson) Plocher. He was baptized in the Christian faith at First Lutheran Church in Lake Lillian, Minnesota, and graduated from Granite Falls High School in 1971. Jim honorably served his country in the United States Army, serving as a military policeman in Vietnam, and earning qualifications as a sharpshooter. While stationed in Vietnam he liked to spend time visiting the children in the orphanages. Jim was awarded the Army Commendation Medal and Bronze Star. He was a lifetime member of the VFW. Jim was employed for many years as an over-the-road truck driver and saw many parts of the country throughout his career. For several years he was an active member of the Sacred Heart Fire Department and Jaycees. Jim drove the antique firetruck in many local parades. Prior to retirement he worked for Prairie’s Edge Casino Resort in the maintenance department. Jim enjoyed spending summers at his camper at the lake, feeding and watching the birds from his deck, watching old westerns, the Vikings, playing Buck Euchre, and spending time with family and friends. His famous deviled eggs and pickle wraps were a hit at family events. If anyone needed help with anything, Jim was always there to lend a hand. He easily made friends wherever he went. His friends at the lake will miss seeing him cruising the campground on his golf cart. Jim is survived by his special friend Lisa Happe of Montevideo; mother Vivian Minsaas of Granite Falls; daughters Holly (Matt) McGraw of Litchfield and Laci Meraz of Madelia; grandchildren Ashlyn McGraw, Brady McGraw (fiancée Ashton Cates), Sean McGraw, Addison Meraz and Carson Meraz; great granddaughter Brynley McGraw; brother Gary (Jennifer) Plocher of Maple Grove; sisters Ann (Kevin) Nordstrom of Montevideo and Sherry (David) Deters of Maple Grove, sister-in-law Sharon Plocher of Granite Falls, as well as numerous nieces, nephews, cousins and extended family. Jim was preceded in death by his father, Donald Plocher; grandparents August and Signe (Nyberg) Johnson, George and Mathilda (Bauman) Plocher; his dad Stanley Minsaas, and his brother Bob Plocher.

The family of James Plocher created this Life Tributes page to make it easy to share your memories.

Send flowers to the Plocher family.