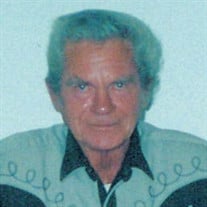 Gary Reigstad, age 78, of Watson, Minnesota passed away Tuesday, December 29, 2020 at his home. A Walk Thru Visitation will be held on January 9, 2021, from 1:00 – 3:00 PM at Wing-Bain Funeral Home in Montevideo, Minnesota. A Time of Sharing will be held at 2:00 PM and Military Honors will be at 3:00 PM. Interment will be held in the Spring at Sunset Memorial Cemetery in Montevideo. Gary Douglas Reigstad was born in Willmar, Minnesota, on July 16, 1942 to Arthur and Goldie (Gable) Reigstad. He grew up in Willmar and attended school there. Gary enlisted in the United States Army on March 11, 1964 eventually being stationed in Germany and honorably served his country until February 24, 1966. Upon returning home, he moved to the Montevideo area. On April 12, 1968 Gary married Jean Dawson. The couple moved for a short time to Arizona before moving to their home in Watson. Gary worked as a plumber at Regal Homes in Montevideo which is known today as Friendship Homes. He was committed to his work and remained there until his retirement. Gary loved to work with his hands. From making things with wood, such as cabinets to “tinkering” in the garage, you would find Gary always doing something. He enjoyed fishing, hunting and trap shooting. Gary was known to have one most immaculate lawns in the neighborhood, taking great pride in keeping the yard manicured. Gary is survived by his children, Tiger Reigstad of Granite Falls, Jill (Ken) Unzen of Montevideo; step-sons, Terry Johnson, Greg (Terina) Johnson, Randy Johnson, Rodney (Sara) Johnson, Brad (Susie) Johnson, Jody Johnson; numerous grandchildren and great grandchildren; siblings, Gloria McDougall, Margi Henderson, Roger (Carol) Reigstad; as well as nieces, nephews, other relatives and friends. Gary is preceded in death by his parents, Arthur and Goldie Reigstad; wife, Jean Reigstad; silbings, Barb Wehrwein, Char Graham, LouAnn Sexton, Art Reigstad, Lanny Reigstad, James Reigstad.

The family of Gary Reigstad created this Life Tributes page to make it easy to share your memories.

Send flowers to the Reigstad family.