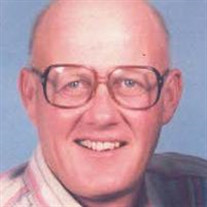 Gary Beito, age 78, of Las Vegas, NV formally of Granite Falls, MN , passed away on Tuesday, June 15, 2021 at The Nathan Adelson Hospice Center. Memorial services will be held on Thursday, June 24th at 1:00 pm at Granite Falls Lutheran Church. Burial will be held at Granite Falls City Cemetery. Visitation will be held one hour prior to services at the church on Thursday. Gary Melford Beito was born November 5, 1942, the son of Lloyd & Alta (Halvorson) Beito, in Granite Falls. He was baptized and confirmed at Saron Lutheran church on June 16th, 1957. He graduated from the Granite Falls High School in 1960. Gary served his country in the United States Army where he was assigned with the Military Police. He was honorably discharged in January 1968. Gary married the love of his life Judy JensVold on November 29, 1969, and remained married to her until her passing on January 5th 1999. He worked road construction for Minnesota Valley for a number of years. Gary then returned to farming with his brother David North of Granite Falls. He later was employed as a security guard at Firefly Creek Casino and then worked at the Corn Processing Plant in Marshall for 11 years, retiring in 2010. Gary was a member of the Granite Falls American Legion, where he served as Commander for a year. After retirement he spent his winters in Las Vegas with his son Nathan and Nathan’s cat Slinky, who would spend most of his time on Gary’s lap. He also enjoyed watching the Vikings every season in hopes that one year they would win the Superbowl. When it was warm enough Gary would head back to MN to be with his other son Ryan. Gary stayed very active and was always busy working outdoors. Gary took pride in making his properties look nice. When Gary wasn’t working on something he would take Rita’s dog Molly for walks and rides in his truck and both of them visited with neighbors and friends. Gary passed away peacefully surrounded by family on June 15, 2021, at the Nathan Adelson Hospice Center in Las Vegas. He was 78 years of age. Gary is survived by his two boys: Ryan Beito (Rita Smith) of Granite Falls, Nathan Beito of Henderson, Nevada, siblings: David Beito (Lorelei Andresen) of Granite Falls, and Paul Beito of Arlington, Virginia; and many nieces, nephews and extended family and friends. He was preceded in death by his parents, his wife Judy in 1999 and siblings: Donna Bruflat, Lou Anne Kling, and Ron Beito.

The family of Gary Beito created this Life Tributes page to make it easy to share your memories.

Send flowers to the Beito family.