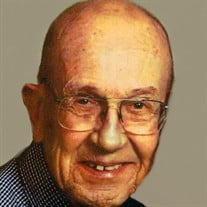 MEMORIALS PREFERRED TO AMERICAN CANCER Duane Ernest Holien was born on July 10, 1941 in Montevideo MN, the son of Ernest and Mae (Berge) Holien. He was baptized and confirmed in the Lutheran faith at the Wang Lutheran Church and attended high school in Sacred Heart, graduating in May of 1959. Duane served his country in the US Air Force from 1961-1964 as an E-3 airman first class. He was stationed overseas in Germany during the Vietnam War. On July 2, 1967 Duane and was united in marriage to Susan Skalbeck. They were married in Our Savior’s Lutheran Church of Sacred Heart, MN. In 1973 Duane and Sue were blessed with their son, Jeremy David Holien. Duane was a lifetime member of the VFW Post #3871, and was a member of the American Legion Post #69, for over 50 years, he was also active in the Honor Guard. Duane worked at Victor Fluid Power and Chandler Industries as a head foreman at both places. He worked for over 20 years at both companies. He enjoyed snowmobiling and camping at Nest Lake in Spicer MN, spending time with family and friends. He also enjoyed working on his various cars and trucks that he owned over his lifetime. Later in life Duane enjoyed sitting up at the Lake, talking around the fire and spending time with his family, grandkids, great grand-daughter and friends. Duane was a devoted husband, father, father-in-law, grandfather, and friend. He was called to his heavenly home in the early morning hours of Saturday March 10, 2018, surrounded by his wife, son and daughter-in-law, in St. Cloud MN. He was 76 years old. He is survived by his wife – Sue Holien of Granite Falls, MN; his son – Jeremy (& Jennifer) Holien of Harrisburg SD; Three Grandsons – Brandon Anderson of Gillette WY and Parker and Spencer Rosburg of Harrisburg SD; Three Granddaughters – Chrystal Holien of Granite Falls MN and Arryanna and Elena Rosburg of Harrisburg SD; and a great-grand daughter – Elli Holien of Granite Falls MN; one sister – Yvonne (& Mike) Ramsland of Shakopee MN; and many nieces and nephews and extended family. Preceding him in death were his parents, and his sister - Sharon White.

MEMORIALS PREFERRED TO AMERICAN CANCER Duane Ernest Holien was born on July 10, 1941 in Montevideo MN, the son of Ernest and Mae (Berge) Holien. He was baptized and confirmed in the Lutheran faith at the Wang Lutheran Church and attended... View Obituary & Service Information

The family of Duane Holien created this Life Tributes page to make it easy to share your memories.

Send flowers to the Holien family.