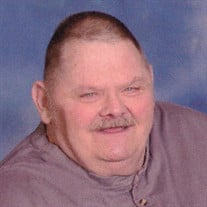 Donald Sather, age 69, of Montevideo, Minnesota passed away Saturday, December 26, 2020 at the St. Cloud Hospital. A Private Family Funeral service will be held on Friday, January 8, 2021 with burial following at Sunset Memorial Cemetery in Montevideo. A video of the service will be available to view on the funeral home website. A Public Walk-Thru Visitation will be held, Friday, January 8, 2021 from 11:00 AM – 1:00 PM at the Wing-Bain Funeral Home in Montevideo. Donald Alden Sather was born on December 27, 1950 in Montevideo, Minnesota to Harry Alden and Viola (Swenson) Sather. He was baptized at Trinity Lutheran Church in Montevideo and later confirmed at Our Savior’s Lutheran Church in Montevideo. Donald attended school and was active in football and wrestling. He later graduated from Montevideo High School in 1970. He enlisted in the United States Army on May 3, 1976, where he worked on tanks while serving in Germany. While in Germany, Donald had a once in a lifetime opportunity to watch the Olympic tryouts with his brother, Mike (who was also serving in the Army). On June 2, 1979, he was honorably discharged and returned home to Minnesota. Donald began working at the Grain Elevator in Boyd, and then started at Industrial Builders doing construction on bridges. On one of the jobs, he was working near Yellowstone Park and fell in love with the area. He found work as a prep cook for the local tourist attractions, in Yellowstone National Park. When Donald’s Mom needed help, he moved back to Montevideo and worked for Flinn’s. His last place of employment was at Jennie-O in Willmar. Donald enjoyed fishing and especially visiting. He had a heart to give and showered his family, especially the little ones, with little trinkets and his signature candy bar, Salted Nut Roll. Donald is survived by his brothers, Ronald (Norma) Sather of Montevideo, Mark (Sue) Sather of Montevideo, Michael (Becky) Sather of Sioux Falls; nieces and nephews, Chloe (Craig) Nelson, Jeffrey Sather, Jennifer (Matt) Olson, Jason (significant other, Krystal Guerrero) Sather, Tony (Jess) Sather, Amanda (Lenny) Armour, Cody Sather, Danielle (Shawn) Williams; many great nieces and nephews; as well as other relatives and friends. Donald was preceded in death by his parents, Harry and Viola Sather Paugh; brother, Kevin Sather; niece, Lea Sather; close friend, Rosie Truong.

The family of Donald Sather created this Life Tributes page to make it easy to share your memories.

Send flowers to the Sather family.