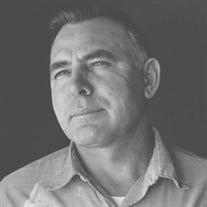 David Jepson, age 91, of Granite Falls passed away peacefully Thursday, August 20, 2020 at the Avera Granite Falls Care Center. David Julian Jepson was born September 18, 1928 in Sacred Heart, Minnesota to Henry and Amanda (Collin) Jepson. He grew up on the family farm with his older brother, Stanley and younger sister, Loreen, just south of Highway 212 between Renville and Sacred Heart. David lost his mother to pneumonia when he was 6 years old. Several of his father Henry’s sisters who lived close by stepped in to help raise the young family. David was baptized and confirmed at First Lutheran Church in Renville. He graduated from Renville High School in 1946 and began farming with his father. On June 18, 1950 he was united in marriage to Donna Brownell in the basement of the newly constructed Granite Falls Lutheran Church. They were the first couple to be married in the new church. They began life together on the Brownell family farm a few miles east of Granite Falls where David farmed until retirement. David was a director on the Tri County Oil Coop board, Minnesota Falls Coop Elevator board, was a long-time Wang Township supervisor, and served on the Granite Falls Lutheran Church board of trustees. He was a proud member of the National Farmers Organization and spent many hours on the road helping to organize farmers for better prices. David was a gifted musician and self-taught guitar, piano, and accordion player. He played with a local band, the Jolly Norseman, for several years, and entertained friends at their winter home in Mesa, Arizona for 20 years. On January 27, 2017, Donna passed away. They shared 67 years of marriage before her death. David has been a resident of the Granite Falls Care Center for the last two years. David is survived by his son, Richard (Mary) Jepson of Granite Falls; daughter, Janelle (Steve) Johnson of Northfield; grandchildren, Amanda (David) Severtson of Spicer, Chris (Kim) Jepson of Mound, Anne (Kyle) Larson of Mahnomen, Erin (Aaron) Bruggemann of Mound and Thomas Johnson of Minneapolis; great grandchildren, Julia, Lauren, and Anna Severtson, Soren and Emmet Larson, Sam, Jack, and Cora Jepson, and Arthur, Sylvie and Hayes Bruggemann. David is preceded in death by his parents, Henry and Amanda Jepson; his wife, Donna; brother, Stanley; sister, Loreen.

The family of David Jepson created this Life Tributes page to make it easy to share your memories.

Send flowers to the Jepson family.