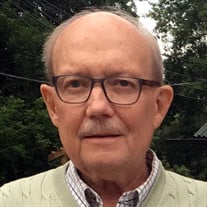 David Lloyd Hendrickson, age 68, of Montevideo, Minnesota died peacefully, with his loving wife of 47 years and his children at his bedside, after decades of a hard fought battle with lupus, heart disease and cancer. David was born on June 20, 1949, in Montevideo, Minnesota, to Herbert and Esther (Oddan) Hendrickson. He was baptized and confirmed at Watson Lutheran Church. David grew up north of Montevideo on a farm and attended country school through sixth grade. He graduated from Montevideo High School in 1967. David then attended Willmar Community College for two years before going to Mankato State University where he earned his Bachelors of Science Degree with a major in Geography and a minor in Business Administration. David also did post graduate work in Accounting at Southwest State University. David was united in marriage to Mary Jo Strom of Dawson, Minnesota on July 17, 1971. Their marriage was blessed with four children, Brett, Annissa, Alisa and Brent. The couple made their home in Montevideo. David spent 44 years as HRA Director serving the counties of Chippewa, Yellow Medicine, and Lac Qui Parle. David was a faithful member of Trinity Lutheran Church. He also served many years in the Lions Club and was a past president. David was fervent about his favorite hobby, antique tractors - particularly those models he drove as a young man helping his dad and uncle farm. He saw value even in the smallest, rusty relic. He long wanted to spend his retirement restoring the tractors he drove as a kid and having a hobby farm. His greatest joy was caring for, mentoring, and spending time with his grandchildren, plus visiting with family and friends, all of which he cherished. David is survived by his wife, Mary Jo Hendrickson of Montevideo; Brett Hendrickson of Collegeville, Annissa (John) Kasmirski of Savage, Alisa (Jeff) Anderson of New Ulm, Brent (Lindy) Hendrickson of Surprise, AZ; Grandchildren, Nicholas Kasmirski, Makena Otto, Makiah Otto, Aniyah Hendrickson, Maddox Hendrickson; Brothers, Michael (Joan) Hendrickson of Shoreview, Norman (Barb) Hendrickson of Hopkins, Noel (Laura) Hendrickson of Montevideo; Sister, Estelle (Thomas) Hansen of Dawson; Sister-in-law, Peggy (Larry) Danielson of Montevideo; as well as nieces, nephews, other relatives and friends. David is preceded in death by his Parents, Herbert and Esther Hendrickson; Father and Mother-in-law, Sam and Angie Strom.

David Lloyd Hendrickson, age 68, of Montevideo, Minnesota died peacefully, with his loving wife of 47 years and his children at his bedside, after decades of a hard fought battle with lupus, heart disease and cancer. David was born on June... View Obituary & Service Information

The family of David Hendrickson created this Life Tributes page to make it easy to share your memories.

Send flowers to the Hendrickson family.