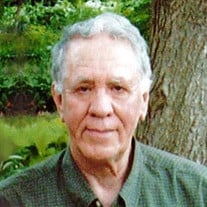 Allan LeRoy Clausen was born on May 31, 1946, in Dawson, Minnesota to George and Verna (Connor) Clausen. He was the 3rd oldest of six children, four boys and 2 girls. Al went to country school at District #26 in Maxwell Township through the 6th grade. He went on to graduate from Dawson High School and furthered his education by attending St. Cloud State University. Allan was united in marriage to JoAnn Van Klompenburg on December 9, 1972, at the United Methodist Church in Montevideo. The couple made their home near Dawson while Al continued farming with his brothers on the Clausen family farm. Al took great pride in his favorite Allis tractor D15 he owned and also bought the first 180 diesel tractor that Lund Implement ever sold. He enjoyed using both of these tractors in many tractor pulls through the years, after a few “minor” changes were made. Due to health reasons, Al quit farming in 1974 and became a farm equipment parts man for several years so he could still be a part of the farming community which he loved. He and JoAnn made their home in Madison and opened their home to others by becoming adult foster parents for 24 years. Al had a strong faith in God and attributed his long life to God’s goodness, favor and promise. He loved serving in the past as a deacon, taught Sunday school and assisted with youth programs. He was quick with numbers and enjoyed calculations, it was at their 45th wedding anniversary Al pointed out that they had shared 16,436 days together. He also enjoyed camping and family vacation trips. Allan departed from this life on Friday, November 9, 2018, at Sanford Health Hospital in Sioux Falls, South Dakota, at the age of 72 year. Allan is survived by his wife, JoAnn of Madison; three children, Jerod (Summerlyn) Clausen of Tacoma, WA, Maria (Jeremy) Teigland of Madison, Tanya Clausen of Madison; three grandchildren, Constance Clausen, Raelyn Teigland, Nicholas Teigland; brother, Larry (Rachel) Clausen of Glencoe; sister-in-law, Judy Clausen of Montevideo; as well as nieces, nephews, cousins and friends. Allan is preceded in death by his parents, George and Verna Clausen; brothers, Stanley and Donald; sisters, Linda and Nancy.

Allan LeRoy Clausen was born on May 31, 1946, in Dawson, Minnesota to George and Verna (Connor) Clausen. He was the 3rd oldest of six children, four boys and 2 girls. Al went to country school at District #26 in Maxwell Township through the... View Obituary & Service Information

The family of Allan Clausen created this Life Tributes page to make it easy to share your memories.

Send flowers to the Clausen family.